This is the place to meet logistics people worldwide! 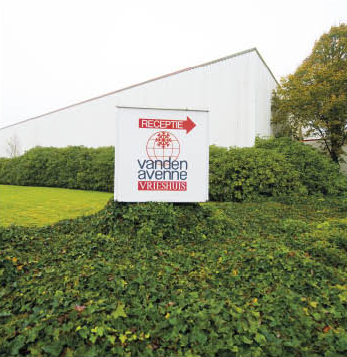 Bigger is not always Better in Shipping

The Journal of Commerce and Hellenic Shipping News both recently reported about bigger and more vessels and the rise of shipping alliances. And both publications report that the combination of these things could be strangling worldwide trade.

REFRIGERATED LOGISTICS IS OUR SPECIALITY 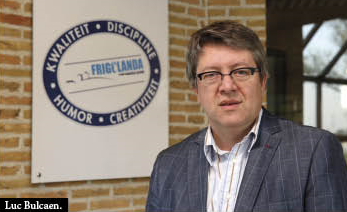 In search of powerful added value in the deep-frozen food product supply chain? That is assured at Frigolanda! The company wants to actively cooperate with the customer in continually improving the logistical processes. “Great flexibility and constructive partnerships in the long term contribute to the success of our customers,” says Luc…

The Biggest Investment for Ports might be with Highways

It is no state secret that our maritime shipping services require a massive upgrade so that the US can properly handle freight and compete with the best nations in global trade. There are also larger vessels roaming the seas, and our ports need to be able to handle them.

The American Association of Port Authorities recently released a report suggesting that the US needs to make heavy investments into transportation in the future. In…

If you want to keep your ocean freight rates down, then you must ensure timely pick-up and drop-off of containers at the terminals. Otherwise, you will be hit with demurrage and detention charges. Demurrage can occur when a container, filled with the cargo, sits at the terminal for a time longer than what is permitted during free time. Detention…

BELGIUM, THE BEST CHOICE FOR COOLED AND DEEP-FROZEN STORAGE 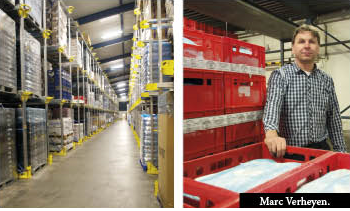 Van Soest Coldstores NV from Rijkevorsel is a company leading the way in the storage of deep-frozen products. It has no fewer than seven freezing tunnels with which it can freeze fresh products in under 36 hours. Exports are becoming an increasingly important part of…

YOUR GOODS, STRAIGHT FROM THE SHIP INTO OUR STORAGE SPACE The first Belgian cooling and freezing houses appeared after the First and Second World War. Different companies still operating today have their roots in those years.

The last ten years have seen major changes in the purchasing habits of the consumer. Individual consumer packaging is now the standard. That applies for just about everything: deep-frozen…

Sometimes a shipper might look at their maritime shipping invoice and notice a fee called a Terminal Handling Charge. For veteran shippers, this fee might be a common occurrence. For a novice shipper, there might be some questions about what this fee is all about. Terminal Handling Charges, also known as THC, is a fee paid during the shipping process. Most shippers pay the fee through their freight…

Determining landed cost is an important part of how trading for commodities work. Essentially, landed cost equals the total expenses paid by the importer when the cargo arrivers. There are numerous elements that will comprise the landed cost, including the shipping fees with the freight forwarder, fees related to business risk and even staffing expenses.

The Suez Canal is a major maritime transportation passage between Europe, Asia and Africa. If you need to ship cargo by ocean freight shipping through that part of this world, this is where it usually travels through. For over one hundred years, vessels would have to travel through the Suez Canal, one direction at a time. This was because the Suez Canal was only…

BELGIUM OFFERS TEMPERATURE-CONTROLLED STORAGE AT THE HEART OF EUROPE

“Belgium is the country of worldwide winners for temperature-controlled storage. We are the ultimate country to accommodate your delicate goods with all peace of mind. Our companies know their business and ensure you the highest quality service fully in line with your requirements and desires.